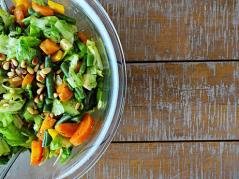 URBANA, Ill. – Researchers at the University of Illinois, including Hannah Holscher, assistant professor of food science and human nutrition, and Kelly Swanson, professor of animal sciences, along with scientists at the University of California San Diego School of Medicine and collaborators around the world have published the first major results from the American Gut Project, a crowdsourced, global citizen science effort.

The American Gut Project was co-founded in November 2012 by Rob Knight, Jeff Leach, and Jack Gilbert. The project’s goal was to better understand human microbiomes — which types of bacteria live where, how many of each, and how they are influenced by diet, lifestyle, and disease.

To do this, citizen scientists contributed $99 and received a kit to collect a stool sample and instructions to mail it back. Along with the sample, each participant answered a voluntary survey that included questions about general health status, disease history, lifestyle, and diet. Scientists processed the samples using a genetic barcoding technique, then mailed participants a report detailing what’s living in their guts.

“We observed a much greater microbial diversity than previous smaller studies found, and that suggests that if we look at more populations, we’ll see more diversity, which is important for defining boundaries of the human microbiome,” said Daniel McDonald, scientific director of the American Gut Project at UC San Diego School of Medicine.

As of mid-2017, the project included microbial sequence data from 15,096 samples provided by 11,336 people, representing primarily the United States, United Kingdom, and Australia, along with 42 other countries or territories. The project and its affiliate, British Gut, have received more than $2.5 million in individual contributions to date through crowdfunding sites FundRazr and Indiegogo.

“It’s really amazing that more than 10,000 people — members of the public who want to get involved in science whether or not they work in a lab or have a PhD — have mailed their poop to our lab so that we can find out what makes a difference in somebody’s microbiome,” said Knight, who is also a professor in the UC San Diego School of Medicine and Jacobs School of Engineering, and director of the Center for Microbiome Innovation.

As nutritional scientists, Holscher and Swanson were involved in the diet data collection and interpretation. Some of the findings reported in the mSystems paper discuss how eating a diet rich in different plants, like fruits, vegetables, legumes, nuts, and whole grains is related to the composition of the gut microbiome.

Specifically, the researchers found that the number of plant types in a person’s diet was related to the diversity of his or her gut microbiome — the number of different types of bacteria living there. Participants who ate more than 30 different plant types per week had gut microbiomes that were more diverse than those who ate 10 or fewer types of plants per week. The gut samples of these two groups also differed in the types of molecules present.

Holscher explains that previous research has shown that plants differ in the type and amount of dietary fiber they contain, affecting how much can be broken down and by what specific microbes.

“Humans cannot break down dietary fibers for energy. Instead, microbes in our gut break down these fibers. However, each microbe has specific enzymes that allow them to use certain fibers for energy,” she says. “For example, one microbe may be able to break down the fiber found in apples while another has enzymes to break down the fiber in whole grains. The microbial community works together to degrade and metabolize each food source. The results of this study suggest that the recommendation to ‘eat the rainbow’ is also important for gut health.”

Most of the findings emerging from the American Gut Project so far are simply observations or associations, and in many cases researchers can’t yet extrapolate the ultimate effect on human health. For example, while the researchers observed that people who eat many plants have a more diverse gut microbiome than those who don’t, they don’t yet know if increasing a person’s microbial diversity from its current level would have a direct positive effect on his or her health.

“The American Gut Project is dynamic, with samples arriving from around the world daily,” Knight said. “The analysis presented in this paper represents a single snapshot, but we want eventually to go beyond making maps of the microbiome to making a microbiome GPS that tells you not just where you are on that map, but where you want to go and what to do in order to get there in terms of diet, lifestyle or medications.”

For the complete list of co-authors and institutions participating in the American Gut Project, view the full mSystems paper at: http://dx.doi.org/10.1128/mSystems.00031-18